Dance, laugh, sing, eat and enjoy fantastic entertainment while in the Great Smoky Mountains at The Grand Majestic Theater in Pigeon Forge, Tennessee. 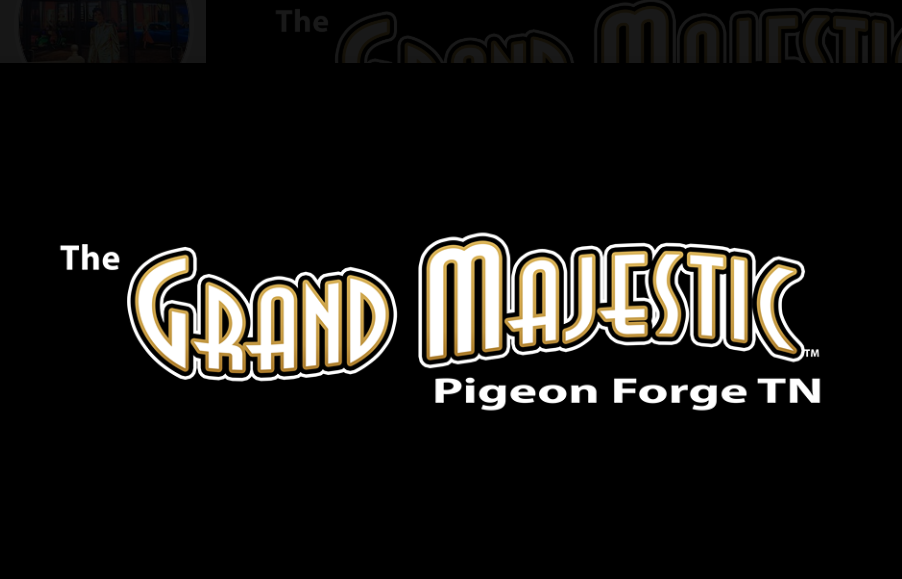 Check out our top five reasons to book tickets for a show at The Grand Majestic Theater.

The Grand Majestic, at 2330 Parkway, offers three shows with a dinner buffet before each show.

Soul of Motown is a “fresh and energetic concert-style tribute to Motown legends.”

Morris “Mo” Crosby started his professional career at the age of 17 and has appeared on stage with well-known artists including Dolly Parton, Nell Carter, Nicole Scherzinger, Miley Cyrus and Della Reese. He has also appeared in National Broadway tours, Regional Production shows, Cruise ships and Theme Park Productions across the U.S. and abroad. 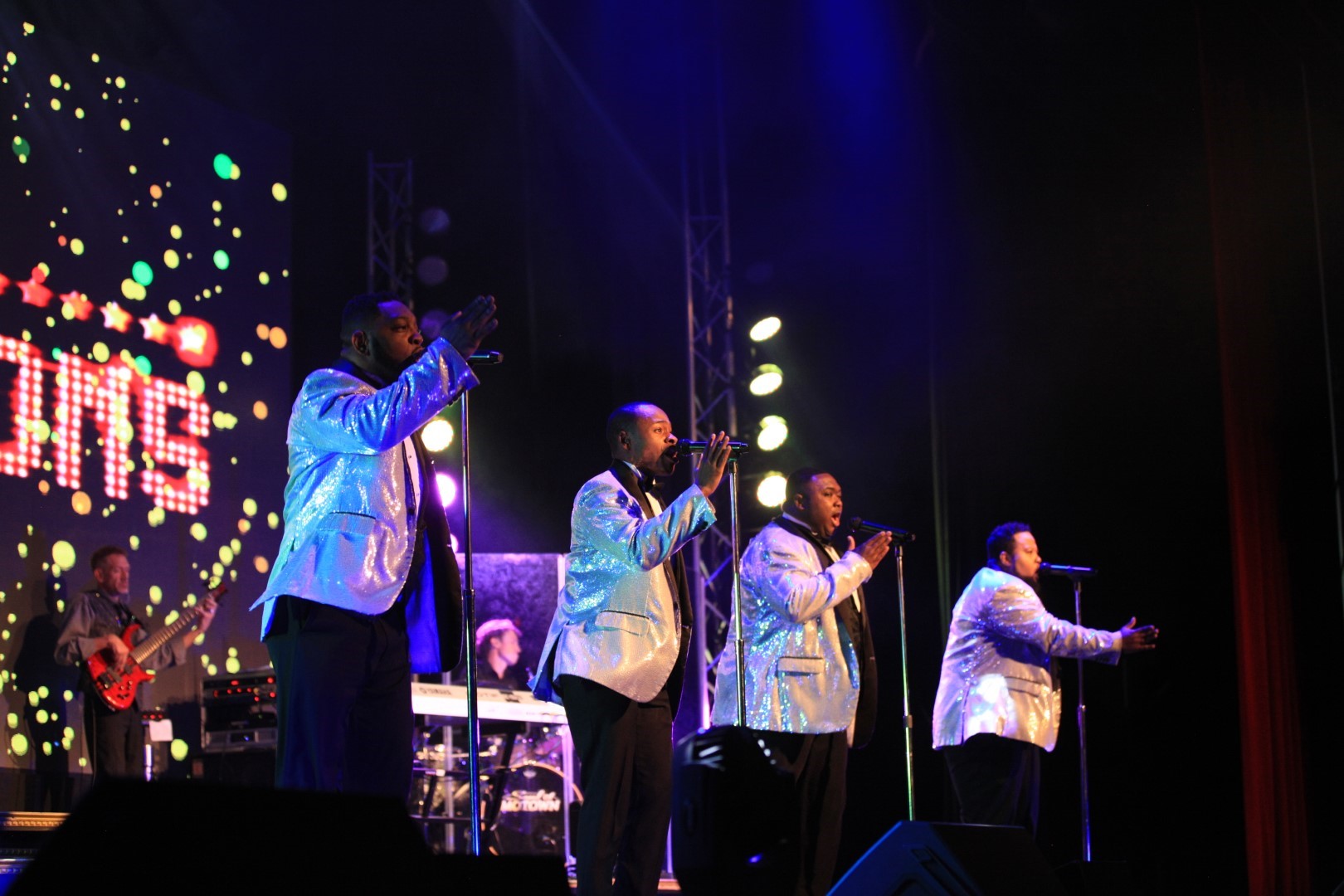 Motown is known as “the sound that changed America.”

“As an irresistible force of social and cultural change, Berry Gordy’s legendary Motown made its mark not just on the music industry, but society at large, with a sound that has become one of the most significant musical accomplishments and stunning success stories of the 20th century,” wrote the Motown Museum.

Diana Ross & the Supremes, Smokey Robinson & the Miracles, Stevie Wonder, the Temptations, the Four Tops, Marvin Gaye, Michael Jackson & the Jackson 5, the Marvelettes, Martha Reeves and the Vandellas, Gladys Knight & the Pips, Lionel Richie & the Commodores, Teena Marie – all musicians that “brought together a racially divided country and segregated society, around the world, touching all people of all ages and races.”

Described as part storefront church gospel, part jazz joint on a Saturday night, part street corner symphony, the Motown Sound jumped out of Hitsville U.S.A.’s Studio A onto the turntables of teenagers across America.

The Grammy Museum describes Motown as such:

“Soul is one of America’s greatest musical treasures, and Motown its most memorable sound.  Motown began in Detroit in the early 1960s and quickly became “The Sound of Young America,” crashing the American pop charts and challenging the Beatles-led British Invasion.  A blend of gospel, blues, and pop, the Motown Sound featured the sweet harmonies of the Supremes and the Temptations, the perfect pop-soul of Smokey Robinson, the genius of Marvin Gaye, the irresistible innocence of Little Stevie Wonder and Michael Jackson, and so much more.  The common denominator for all this great music: the vision of Motown architect, Berry Gordy, Jr., a former prizefighter and songwriter who believed that talent could be found on nearly every Detroit street corner and bet on it.” 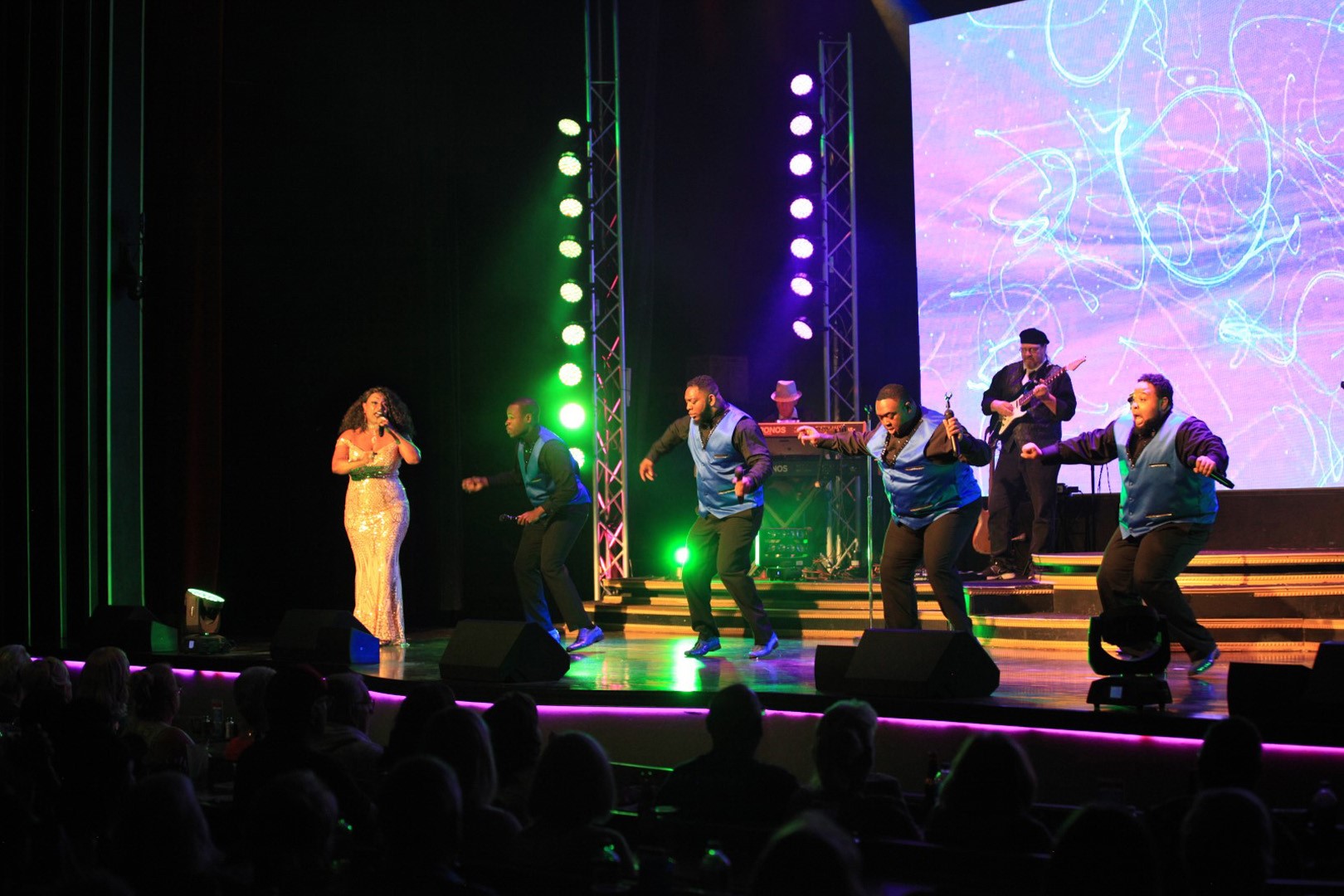 You can join in the experience at The Grand Majestic Theater with discount tickets from American Patriot Getaways.

Hit Parade is a “high energy, singing and dancing sensation showcasing the jukebox hits from the ’50s and ’60s plus a moving tribute to our Military.”

“Rock around the clock” with hits from artists as Frankie Valli and the Four Seasons, the Everly Brothers, Neil Diamond, and Elvis Presley.

According to RollingStone Magazine, the 50s were a decade of music that “changed the world.” 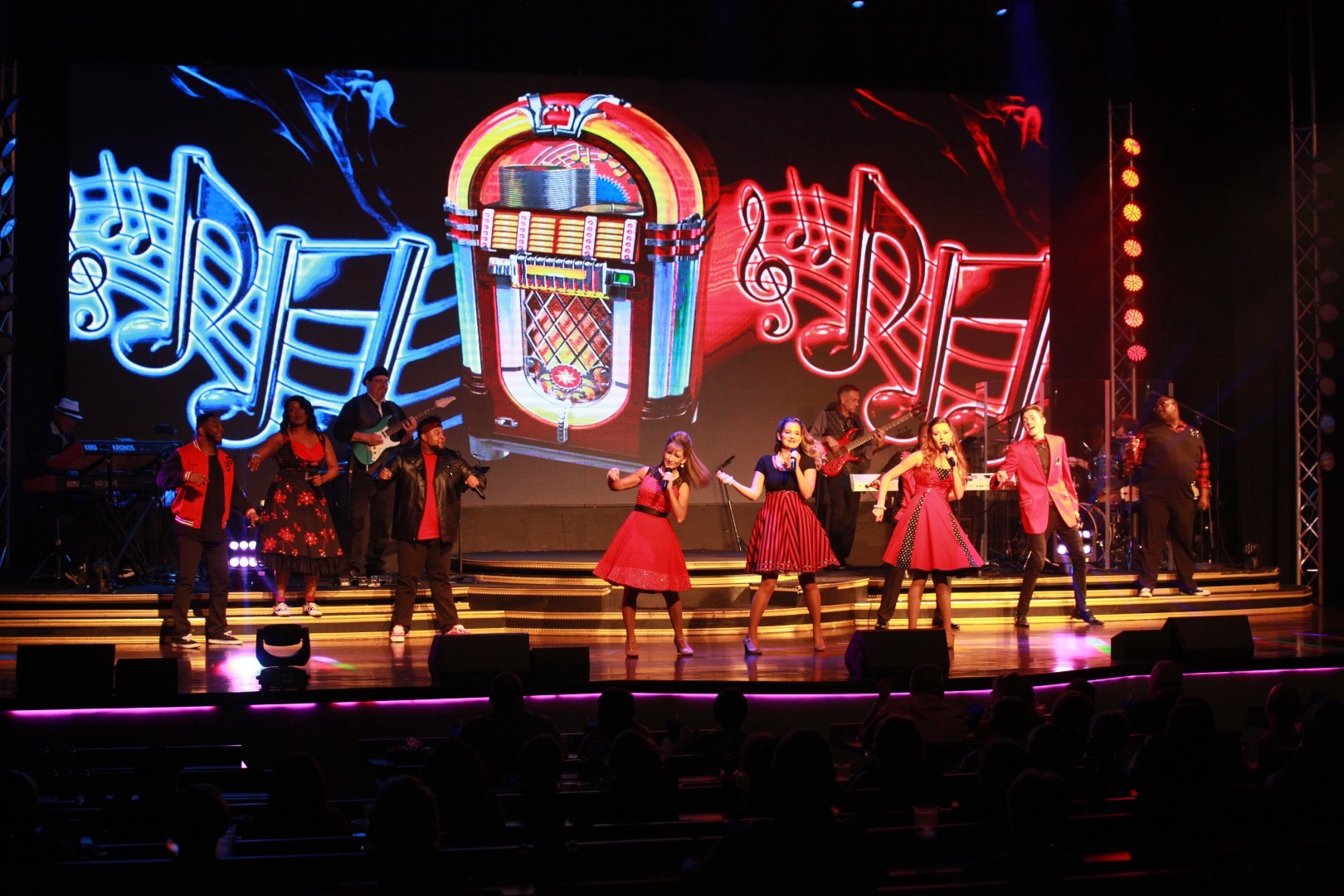 Music legend Robert Palmer wrote: “For some of us, it began late at night: huddled under bedroom covers with our ears glued to a radio pulling in black voices charged with intense emotion and propelled by a wildly kinetic rhythm through the after-midnight static. Growing up in the white-bread America of the Fifties, we had never heard anything like it, but we reacted, or remember reacting, instantaneously and were converted. We were believers before we knew what it was that had so spectacularly ripped the dull, familiar fabric of our lives. We asked our friends, maybe an older brother or sister. We found out that they called it rock & roll. It was so much more vital and alive than any music we had ever heard before that it needed a new category: Rock & roll was much more than new music for us. It was an obsession, and a way of life.”

Relive the years and the music at Hit Parade! 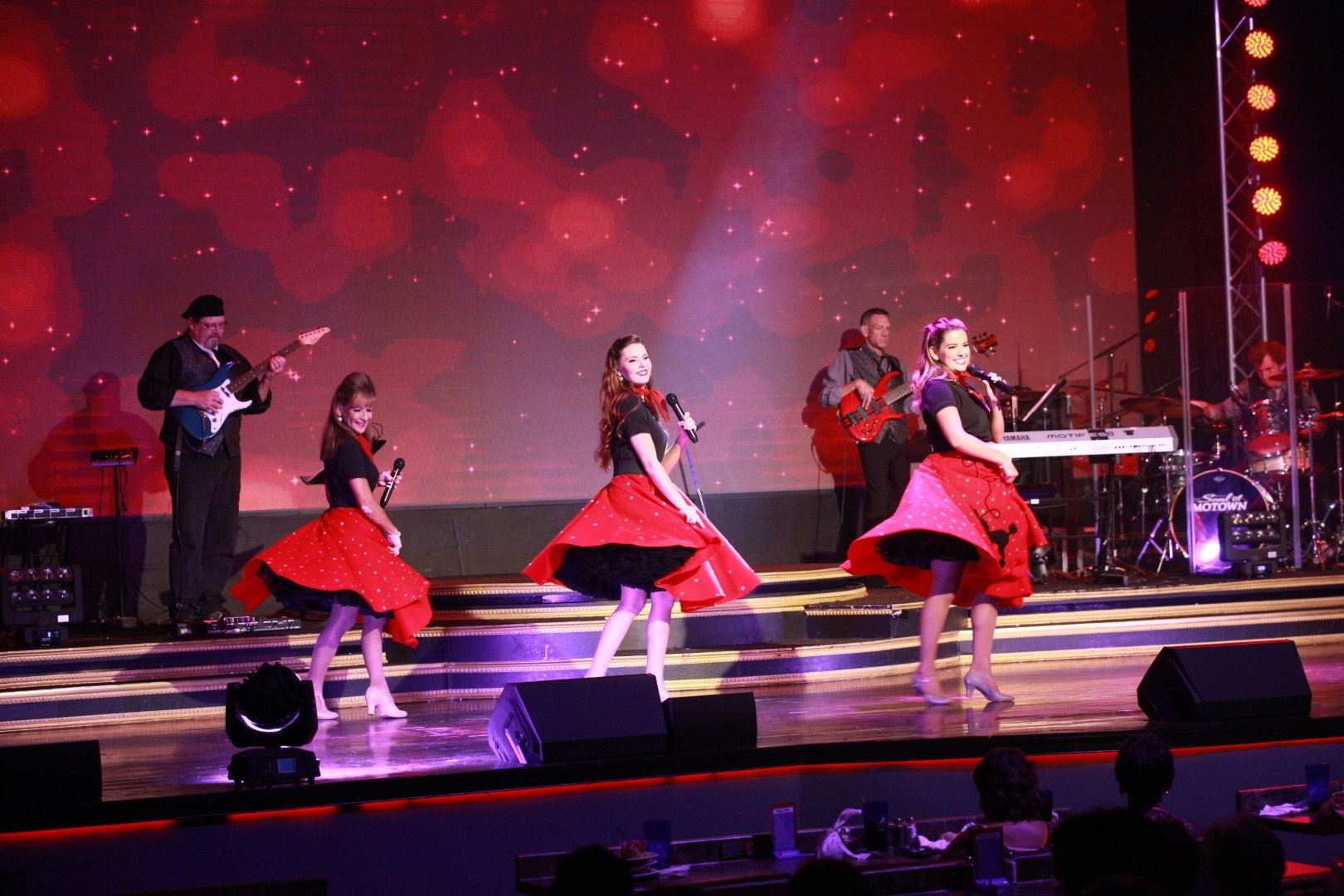 Taking a completely different turn at The Grand Majestic Theater, join the Duke boys, Daisy, and all the Hazzard gang for an epic evening of antics and music. That’s right – the Dukes of Hazzard – you remember them and their 1969 Dodge Charge, the General Lee! “Just some good old boys, never meaning no harm.”

In the Pigeon Forge show, the group goes on a wild and crazy adventure to save Uncle Jesse’s farm from falling into Boss Hogg’s greedy hands. “Watch as the rival groups head to Pigeon Forge to compete in a Talent Contest. Will the Dukes win the contest and use the grand prize earnings to help pay for Uncle Jesse’s farm? Or will Boss Hogg, Rosco and gang thwart their efforts and win not only the cash prize but take ownership of the farm?”

Did you know country music legend Waylon Jennings not only sang the opening song of the popular television show but also narrated the program?! The first episode aired on January 26, 1979.

One of the most beautiful places in the world with great attractions, hiking trails, wild animals and unparalleled scenery.

As described by the National Parks Service: “ridge upon ridge of forest straddles the border between North Carolina and Tennessee in Great Smoky Mountains National Park. World renowned for its diversity of plant and animal life, the beauty of its ancient mountains, and the quality of its remnants of Southern Appalachian mountain culture, this is America’s most visited national park.” 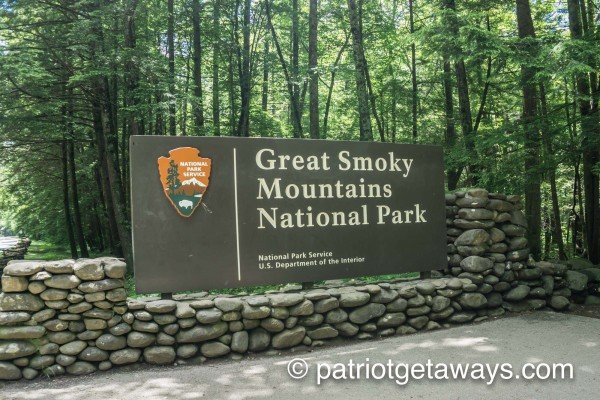 More than 1,200 land-owners had to leave their land once the park was established. They left behind many farm buildings, mills, schools, and churches. Over 70 of these structures have since been preserved so that Great Smoky Mountains National Park now contains the largest collection of historic log buildings in the East.

For more on the park and tickets for shows at The Grand Majestic Theater, see our website or call us 800-204-5169.

Ready to book your stay and see the mountains and a show or two or three? 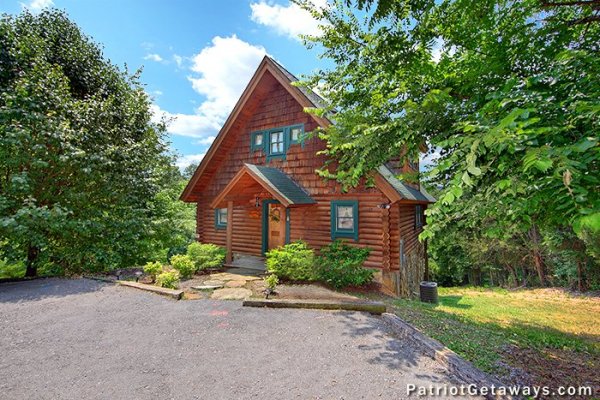 The Smoky Mountains, TN awaits! Create a memorable road trip by stopping and smelling all the roses nature has to offer and see all the great shows.

Whether you want to spend a weekend or a week, American Patriot Getaways has a cabin for you – up in the woods where you can speculate about (and search for?) Bigfoot or closer to the action in Pigeon Forge – all beautiful and secluded with amazing Smoky Mountain views.

Give American Patriot Getaways a call at 800-204-5169. Let our experts help you find the right cabin and all the right fun and food in Pigeon Forge.

You can also contact us online by searching our Pigeon Forge cabins with views. Check out our Pinterest boards including  Cabins near the Parkway. Also, see our Places to Eat in Pigeon Forge page.