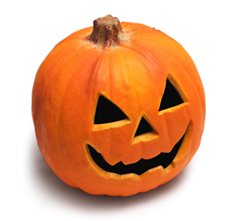 Tennessee can be filled with so much charm that apparently its inhabitants never want to leave, even after death.  *Cue spooky music*

There are lots of ghost tales and rumored hauntings to fill anyone with a bit of ghoulish fear this Halloween season.  Why not cozy on up with a jug of apple cider (or moonshine, we aren’t judging folks over here) and read up on some of the most haunted places in Tennessee.  You’ll learn where to keep avoid or where to explore for the time of your life (or death). Muahahaha!!!

Once, the most famous haunting in America took place in Tennessee.  This haunting is known as the Bell Witch.  This phenomenon struck the unfortunate Bell Family in 1817-1821 and ended with the death of farmer Bell. The spirit was rumored to be the neighbor of Farmer John Bell, Kate Batts.  She’d had bad dealings with him over the purchase of slaves, so apparently decided to torment him and his family, friends, guests from the afterlife.  The violent ghost would scratch, poke, kick, slap, and pull the family from their beds, tormenting the adults and children.

The haunting was so well-known that even President Andrew Jackson stopped by to see what was going on and the witch allegedly stalled his wagon wheels.  Eventually, the witch tormented Farmer Bell enough.  When he was sick he never recovered and was found with a bottle of poison nearby.  She was said to have laughed and screamed at his funeral.  The spirit remained to torment his family for a while longer before finally disappearing and reappearing sporadically.  There is now a cave on the property where the haunting took place that is said to still have paranormal happenings.  Approach if you dare! 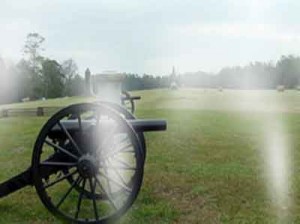 The Civil War left many dead within the Tennessee borders and not all of them went on to rest in peace.  Chickamauga Battlefield and Stones River Battlefield were the sites of many deaths.  They have a bloody past and haunted happenings. Many dead were haphazardly buried at Chickamauga after battles. It is said the Native Americans had a bloody history on the land even before the Civil War, so it has always been a rather macabre place to visit.

The Civil War turned many homes into commandeered posts for troops.  The Carter House was one such home.  Many soldiers died during a battle fought around and in the home, including one of the Carter boys, Tod.  Now, guided tours throughout the house have visitors speaking of seeing apparitions of Tod near his bedside where he died from wounds.  The playful tugging of sleeves was reported by the young sisters of the family and objects moved in a way that they shouldn’t be when no one has touched them!

The Carnton Mansion is often mentioned if haunted places in Tennessee are desired.  The home was another used during the Civil War to tend wounded and dying soldiers.  The battle in Franklin, Tennessee took place right outside in their backyard.  Many soldiers were buried on their property and died in their home.  Now, there are reports of ghostly soldiers in uniform walking about the property.  A woman in a long gown is said to appear in photos and mirrors.

Ryman Auditorium in Nashville has three ghosts who like to come and take in the shows!  Apparently, the need for entertainment doesn’t die when we do!  Captain Ryman is one such ghost who will walk the property and watch from the balcony as shows are performed.  Country music star Hank Williams allegedly haunts the auditorium so he can listen to the music he so loved.  A confederate soldier sits in the gallery often, taking in a show whenever he pleases.  Guests can book a self-guided tour at The Ryman.

Surprisingly, East Tennessee State University made our list.  Who knows if your college study buddy will even be of this world?!  The daughter of a former professor committed suicide on campus and is said to sadly roam her last place on Earth.  Friendly Sidney Gilbreath, or Uncle Sid, wanders Gilbreath Hall and will be helpful shutting any open doors or windows when a storm is approaching.  A librarian dedicated to her job still haunts her beloved library where she suffered a heart attack and died.  She is said to watch over the room and put away books into their proper places.

The Capitol Building in Nashville is said to be haunted by the very men who created it. The architect, William Strickland, and financier Samuel Morgan would have arguments daily about the project.  Both men now call the north wall of the building their final resting place.  They allegedly still fight to this day, loudly arguing and disturbing the peace. 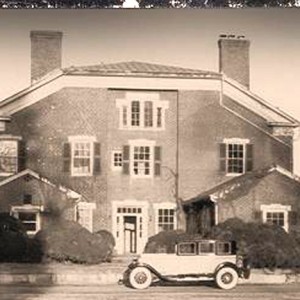 The sad ghost of Rotherwood Mansion led a very depressing life.  One that led to her ultimate suicide and subsequent haunting.  Rowena Ross was a beautiful young woman. She tragically lost her young love before they could wed.  Rowena then went on to marry someone else, only to have him pass away shortly afterwards too.  Upon marrying a second time, she and her husband welcomed a beautiful daughter into their lives.  The child ultimately died.  This was all too much for Rowena to take and she committed suicide after slipping into her wedding dress and walking into the nearby river.  A grieving lady in white can now be seen floating miserably around the property.

The great state of Tennessee is a ghost hunters dream because the rich history is full of untimely deaths, battle worn spirits, and restless ghouls.  Who knows what/whom you’ll see on your spirited trek through Tennessee?

Have fun this Halloween!

Be sure to check out all of our vacation guides for planning your Smoky Mountain getaway.  You can also follow us on Facebook and Instagram for the latest area information!