Dollywood, the theme park that bares singer/songwriter Dolly Parton’s name, opens for its 2020 season on Saturday, March 14, with food, fun, rides, and song and dance. 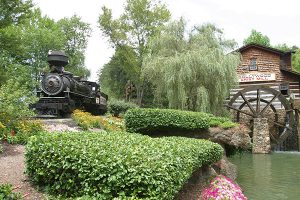 Spanning 150 acres in the Great Smoky Mountains, Dollywood offers more than 40 world class rides, high-energy entertainment, award-winning dining and the “friendliest park atmosphere in the world.” Dollywood wins awards for its friendliness – In September, the park won Friendliest Park at Amusement Today’s annual Golden Ticket Awards for the seventh year in a row. It’s a perfect place to visit while staying in a beautiful mountain cabin in the Smokies.

**NOTE: Due to the coronavirus pandemic in 2020, Dollywood has delayed their opening date to March 28th at this time.

Festival of Nations
The Pigeon Forge, Tennessee, park’s season opens with the Festival of Nations – a spectacular that will fill Dollywood with music, dance and food from around the world. Visitors can join in the fun and learn something about other countries too – through April 14.

With more than 400 stunning costume changes, Namaste India is a show you’ll have to see!  According to their website, it’s a theater experience never before seen outside of a Bollywood Theater.  The show is written, choreographed, and directed by Rajeeve Goswami, lyrics by Irfan Siddiqui, and features an original score by Salim-Sulaaiman – the very best of Bollywood’s creative talent.

The story follows Shaily Shergill as she fulfills her mother’s dying wish as she travels from her home in Munich to India. 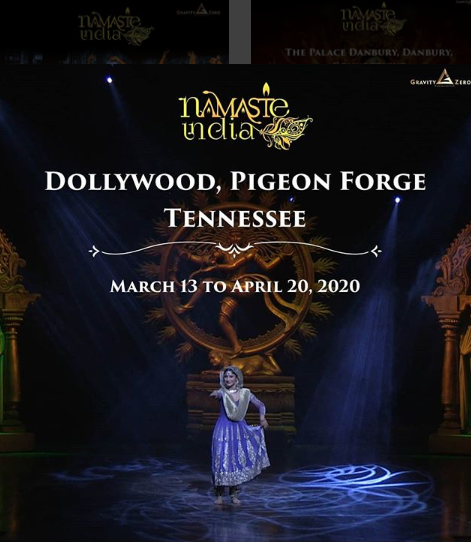 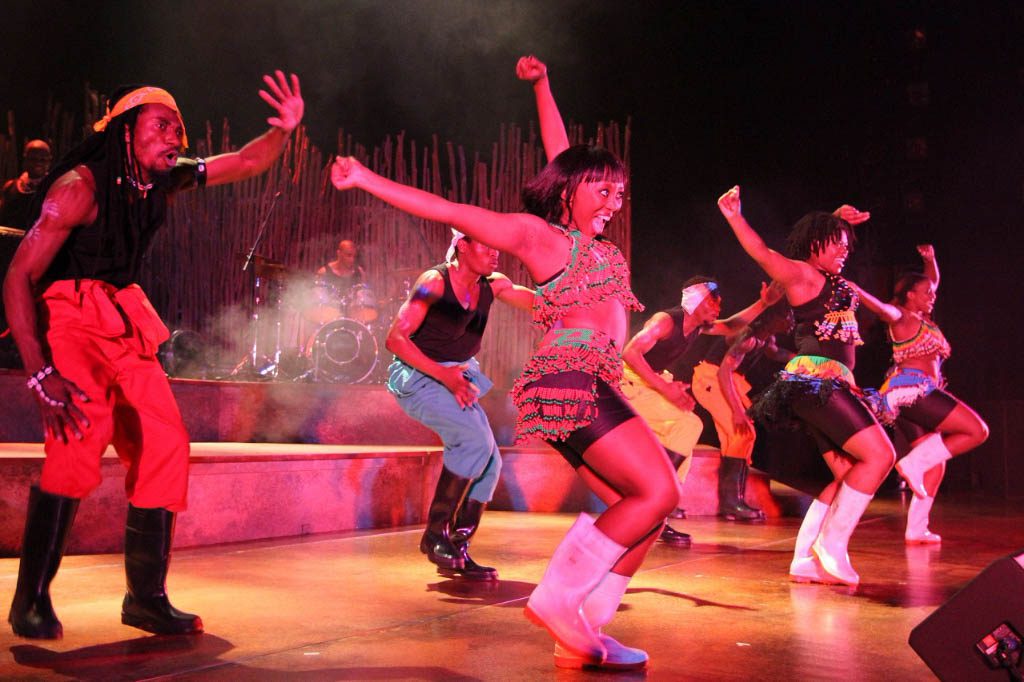 Dollywood says, “The show creates a sense of Africa that is undeniably genuine and heartfelt. South African music and culture play a significant part in the show and is inter-weaved with West African rhythms to give it a truly unique flavor.”

In addition, there will be performances by groups from Ecuador, Canada and Trinidad and Tobago.

Ole! – Billed as “The Gypsy Kings of Comedy”, boasting more than 9 million hits on Youtube, Ole! brings together The Guitar Locos.  They sing, they play instruments, they smash eggs & pop ping pong balls!  You’ve not seen a show like this before!

Throughout the festival, visitors will have the chance to try foods from around the world and to watch featured chef demonstrations – an addition to the Festival of Nations this year. With an expanded international menu this year from savory to sweet – there’s a taste for every taste bud.

Nine countries and four continents are included in your Passport to Food. Check out your options listed on Dollywood.com and plan your trip around the world:

Cuban Sandwich – Another of Chef Pepin’s favorites, this warm Cuban sandwich is piled high with sliced ham, swiss cheese, mustard and dill pickles. It is topped with marinated pork shoulder and served on fresh Cuban bread.

Mint Refresher – Enjoy Dollywood’s take on the popular Cuban drink made with lemonade, Sprite and a hint of mint.

Arroz Con Leche – Also known as rice pudding, this delightfully simple treat features a creamy, sweetened rice base with a hint of cinnamon. Golden and regular raisins add a tasty texture to this Ecuadorian staple.

Bavarian Pretzel Bites – These golden-brown pretzel bites are served warm and covered in a generous helping of our homemade beer cheese. 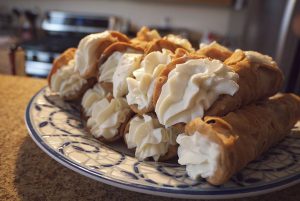 Cannoli – These Italian pastries originated in Sicily and feature a crisp, fried pastry dough shell, filled with a sweet, rich and creamy filling.

Chocolate Biscotti – This Italian bakery delight features notes of white chocolate and chucks of pecan and is drizzled with rich milk chocolate.

Lemonade Punch – A traditional South African beverage, this cool drink is the perfect complement to the authentic Bobotie.

Paella – Our version of paella includes a flavorful combination of Valencian rice, Piquillo peppers, chorizo sausage and shrimp. This aromatic dish smells as good as it tastes!

Beef Skewers – These slices of beef are grilled to perfection, then drizzled with a chimichurri sauce for a robust and flavorful taste straight from Trinidad.

Is your mouth watering yet?

Since 1986, visitors from around the world have been visiting Dollywood for its name and experience. However, the entertainment park actually traces its roots back to 1961. Rebel Railroad first opened on the site that, over time, has expanded and grown into Dollywood.  Dollywood was created in partnership with the famous Dolly Parton and the Herschend Brothers. 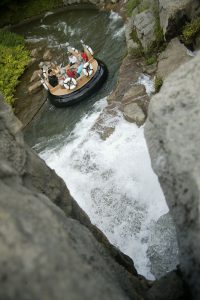 In between, there have been a lot of changes. Silver Dollar City, as it was known, expanded beyond a craftsman valley and train depot and added several rides. Dolly Parton, a Sevier County, Tennessee native, joined the Herschends in 1986 .  She shared her entertainment experience, her love of the Great Smoky Mountains and her name to the theme park.

Dollywood now ranks in the Top 50 most attended theme parks worldwide. The park has more than doubled in size. An entirely new area, Rivertown Junction, was added for Dollywood’s first season. Included in this area were Aunt Granny’s-still Dollywood’s most-visited restaurant-Dolly’s Tennessee Mountain Home; the 450-seat Back Porch Theatre and the Smoky Mountain Rampage.

As Dollywood says and so do its patrons: “By offering a blend of thrilling rides, spectacular shows and master craftsmen in the Great Smoky Mountain and presented by employees with a genuine interest in the guest’s experience-all sprinkled with Dolly’s own special brand of charm and appeal-Dollywood more than delivers.”

All this is just in the theme park. There is even more to do at Splash Country – Dollywood’s water park (when it warms up of course). And more to see at Dollywood’s dinner shows including Pirates Voyage – opening late spring – and Dolly Parton’s Stampede, which is always a popular show.

Wildwood Grove
In 2019, another attraction opened to visitors in the park – Wildwood Grove – a much anticipated $37-million addition to Dollywood. It’s the largest expansion in the park’s history.

Wildwood Grove, “beckons the explorer in all of us,’’ Dollywood website describes.

Visitors will be able to float above the park in a variety of ways – in the Treetop Tower – a “lofty leaf canopy” that spins; on the DragonFlier roller coaster and in the Mad Mockingbird aerial ride. The Grove is fashioned after the nature one finds in the Smoky National Park itself. There will be secret play areas, creeks and animals and fairies too.

Dollywood says Wildwood Grove in on plan for its scheduled May opening – plan to come back for that! Check out this video from the Coaster Crew.

Dollywood is open 10 a.m. to 7 p.m. on Saturdays starting March 14, and 10 a.m. to 6 p.m. the rest of the week. The park is closed on Tuesdays. See the seasonal calendar. The park offers season passes and also daily and one-, two and three-day passes.

Ready to book your adventure in the Smoky Mountains? Give American Patriot Getaways a call at 800-204-5169. Let our experts help you find the right cabin and all the right fun, food and entertainment. You can also contact us online by searching our Cabins in Gatlinburg and in Pigeon Forge.  Check out our Pinterest board if you want a cabin super close to Dollywood!

Be sure to check out all our vacation guides to help you plan your Smoky Mountain vacation – and don’t forget to follow us on Facebook and Instagram!