From spring’s Cirque Shanghai to Dollywood’s A Christmas Carol, and The Great American Summer in between, Dollywood’s award-winning entertainment takes center stage.

Pigeon Forge, TN – March 2013 / Hospitality 1ST / Dollywood treats its 2013 guests to more shows and more time to enjoy them as the Smoky Mountains theme park introduces a spectacular lineup of new entertainment throughout the season, six summertime weeks of 10 a.m. to 10 p.m. operating hours with nightly fireworks and much more this season.

“I know one of the best things I have to offer folks is more Dollywood time to enjoy and spend together,” Dolly Parton said. “This year, we’re going to share more showtime, more nighttime, more summertime, more fun time but, most especially, more good old-fashioned family time. And to me, that’s the best time of all!” 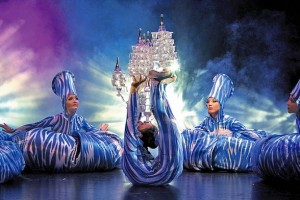 On the heels of the park’s fourth Golden Ticket Award for Best Shows (awarded by the theme park industry’s leading trade publication Amusement Today), the entertainment begins with two new headlining shows during Festival of Nations presented by Humana (now through April 22). Cirque Shanghai showcases traditional and modern Chinese acrobatics alongside amazing displays of physical strength and incredible feats of balance. Mystic India takes audiences on a celebratory journey through India via a stunning performance which fuses dance, theatre and visual effects into an amazing explosion of color and energy. The festival also features stilt walkers, sway pole dancers, mariachi singers, a bagpiper as well as a new World Passport to Food which offers a culinary world tour featuring 100 food items.

The Great American Country Show heats up the summer stage, premiering May 11. The 40-minute cutting-edge show features today’s country music along with GAC’s most popular on-air personalities appearing on towering big screens that flank the stage. Each show includes an appearance by a special guest artist, too. The Great American Country Show continues through Oct. 26. 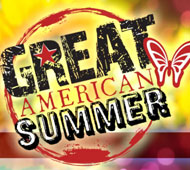 Come summertime, Dollywood introduces The Great American Summer, June 22 through Aug. 4. Extended park hours – 10 a.m. to 10 p.m. daily – offer unique rides like Wild Eagle, the country’s first wing coaster, all day and into the night. Each day is capped by Dolly’s Nights of Many Colors, a spectacular nightly fireworks display synchronized to music. Parton wrote Paint Your Dreams across the Sky, a musical crescendo, for the occasion. Other highlights include homemade ice cream and more than 300 flavors of fresh and frozen lemonade, iced tea, and milkshakes.

For the first time since 2009, Parton penned a new show and new music for another. My People features her brother Randy and sister Cassie along with several other family members who share songs of their family’s strong faith, their deep love for the Smoky Mountains and their steadfast belief in their sister Dolly who says, “With the love of your family, all things are possible.” The show, underscored by Parton’s recollections of several of her pivotal life moments, runs May 10, 2013 through Jan. 4, 2014, in Dreamsong Theatre.

Parton also provides all-new music for Dollywood’s A Christmas Carol, the park’s original adaptation of the Charles Dickens classic. For the first time ever in theme park history, cutting-edge holographic technology brings Parton to the stage in a very special role as the Ghost of Christmas past in this heartwarming musical that follows the inspiring and powerful transformation of Ebenezer Scrooge. Set amid lavish Victorian scenery, the classic story of redemption and hope is underscored by seven powerful new songs written by Parton especially for this 45-minute musical. Dollywood’s A Christmas Carol headlines the park’s annual Smoky Mountain Christmas presented by Humana, a five-time winner (2008-12) of the Golden Ticket Award for Best Christmas Event.