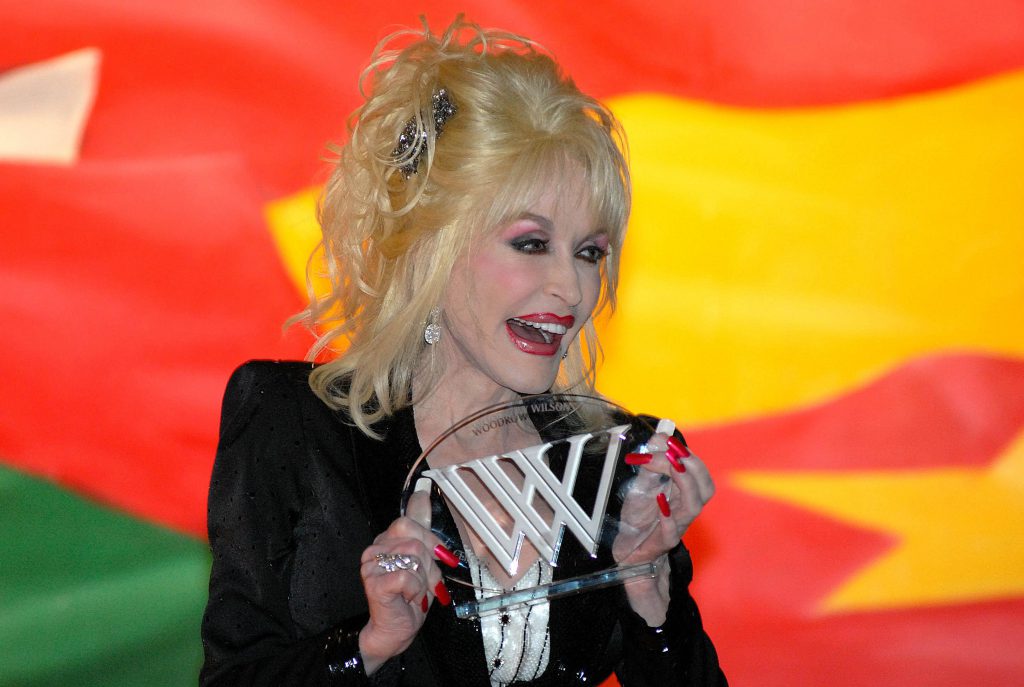 In 2021 Dolly Parton celebrates her 75th birthday!  In honor of the Smoky Mountain’s (and Sevier County’s) most famous resident, here are six fun facts about the songstress herself:

Dolly Parton has had 26 songs reach Number 1 on the Billboard country charts – the most of any female artist.  She’s had 42 career Top 10 country albums, a record for ANY artist.  She’s also had 110 charted singles over the past 40 years in her career.  With 25 of her albums certified as Gold, Platinum, or Multiplatinum, she’s had an impressive career in country music.

Parton is the Guinness Book of World Records holder for not one, but two achievements: Most Decades with a Top 20 Hit and Most Hits on US Country Songs Charts by a Female Artist (107 total).  She’s also been nominated for two Academy Awards for Best Original Song.  First, for “9 to 5” (1980) and then for “Travelin Thru” (2005).

In 2020, she was the recipient of a Grammy award for her duet with For King & Country on the song God Only Knows.

She’s known as a local philanthropist

Through her Dollywood Foundation, Dolly created Dolly Parton’s Imagination Library in 1995.  Once a month, every month, Imagination Library mails a book to children from birth until they enter kindergarten.  The foundation has grown substantially since that time, even expanding into Canada in 2006. In February 2018, Dolly was honored by the Library of Congress on account of the foundation mailing their 100 millionth book – which was her own children’s book “Coat of Many Colors” (2006).  It was donated to the Library of Congress. Her work in literacy has earned her numerous awards. Dolly was even awarded an honorary Doctorate of Humane Letters from the University of Tennessee. She started her foundation as a way to honor her father. Her father could not read, nor could he write.  Before he passed away, he told Dolly he was more proud of her for Imagination Library than anything else she had ever done.

In 2016, a raging wildfire devastated the local Sevier County community.  Dolly leapt into action and created the My People Fund.  The fund provided $10,000 per family over a period of six months to assist more than 900 people who lost their primary home in the inferno.  In March 2019, the last $200,000 of the fun was donated to 8 local area volunteer fire departments and helped create a new training facility in the area.

In February 2019, Dolly Parton was honored as MusiCares Person of the Year – an award created by the Recording Academy to honor their charity, which makes sure folks in the music industry have a place to turn in times of medical, financial, or personal need.  The ceremony, held during Grammy week, is one of the most prestigious celebrations during that time. A silent auction and reception were held and other artists paid tribute to Dolly’s music and legacy during the event. Of the honor, she states: “I am so excited and humbled to be honored as MusiCares Person of the Year,” said Parton. “It’s even more special knowing the gala benefits music people in need. I can’t wait to hear all of the great artists singing my music.”

Of course, 2020 brought a little more notoriety for our favorite local resident.  In November 2020 we discovered Dolly made a million-dollar donation to Vanderbilt University earlier in the year.  That million dollar donation was put to good use and helped develop a high-quality test used during novel coronavirus vaccine trials.  Those trials went on to create the Moderna vaccine.

She’s a co-owner of Dollywood Company

While most people are familiar with Dollywood – the 24th most popular theme park in America – her company operates several attractions in the area.  Lumberjack Feud and Dolly’s Stampede are two popular theater shows here in Pigeon Forge. In 2019, Pirates Voyage made it’s way to the Smoky Mountains as well!  The company also operates the new Dream More Resort and Spa and Splash Country Water Park.  Her shows are also popular in the region, with Stampede operating in both Myrtle Beach and Branson. Her theme park is the biggest employer in Sevier County. 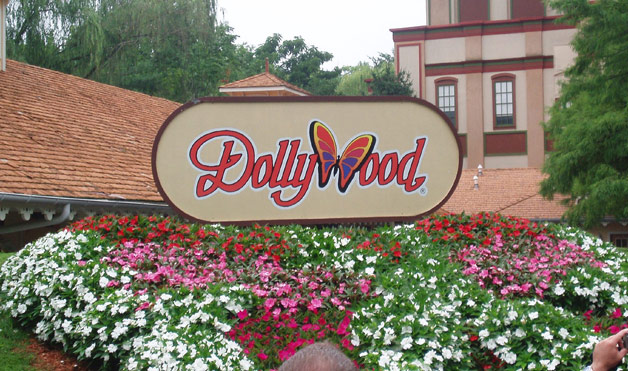 One of the most unique operations of the Dollywood Company is American Eagle Foundation.  If you’ve been to Dollywood, you may have seen the eagle sanctuary located right inside the park.  Since the birds located here are considered non-releaseable, this 30,000-square foot sanctuary gives visitors an up close look at America’s national symbol.  Park visitors also get a chance to see the birds up close during the Wings of America Birds of Prey live show.

Her theme park, Dollywood, is the most visited tourist attraction in the state of Tennessee and is one of the Top 50 most visited theme parks in the United States.  The park continues to offer new attractions and offerings to visitors each and every year, as well as some old favorites. The 110-ton, coal-fired steam train known as Klondike Katie has been a staple of the park. You can often hear the train horn anywhere you go throughout Sevierville or Pigeon Forge.  The park itself is wildly popular among park goers, having won numerous awards from Amusement Today – which is the go-to publication in the Amusement Park Industry. According to Amusement Today, the park has won Best Wooden Coaster in the World Twice, Best Shows nine times, Best Christmas 10 times, Friendliest Park six times, Best Food six times, and ranked third for Best Park in the World.  That’s quite a few accolades!

She’s not the only singer in the family

Music played a large part in Dolly Parton’s upbringing.  The family lived in a fairly religious part of the county, the Greenbrier Valley, and singing in church was her earliest public appearance.  Dolly began performing at the age of six.  She was playing a homemade guitar at age 7 and played her first real guitar at the age of 8. Her mother, Avie Lee Parton, encouraged her children to sing.  Dolly’s sisters Stella, Cassie, and Frieda also singers, as is her brother Randy. Her brother Floyd was a singer as well before he passed away in 2018. 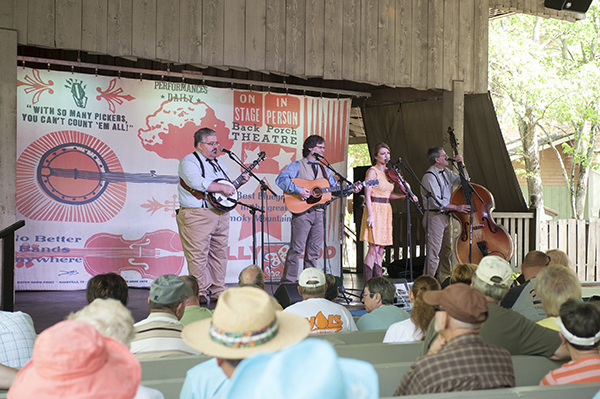 You can still visit her childhood home, well sort of

Dollywood is home to a replica of the home in which Dolly Parton grew up.  Born in Pittman Center, TN in 1946, her father was a sharecropper. The fourth of 12 children to a low-income family, it’s said her parents paid the doctor who delivered her not with money, but with a bag of cornmeal.  The family lived in the original version of the Dollywood recreation on Locust Ridge, which is close to the Greenbrier Valley and the Great Smoky Mountains National Park her ancestors one time called home. The area her family lived in the park is now a part of the Old Settler’s Trail on Bird’s Creek.  There were so many members of the Parton family living on Bird’s Creek it was known locally as “Parton Town”.

The one-room cabin in which Dolly was born in 1946 is no longer accessible to the public.  But you can see a replica of the 2-room cabin she was raised in.  See the cabin, which she recreated a the cost of “a couple of million dollars making it look like I spent $50 on it” (according to Dolly herself) inside her theme park at Dollywood.

She’s been married for more than 50 years

Dolly Parton and her husband, Carl Dean, married in 1966.  Carl had no desire to be in the limelight. He ran a successful asphalt company outside of Nashville for many years.  According to Dolly herself, he’s only ever seen her perform once! She states they’re very happily married, he just chooses to not be seen publicly.  Parton once gave an interview to NPR about the song “Jolene”.  Jolene was a bank employee who happened to pay lots of attention to her husband when he went there.  “It was kinda like a running joke between us…I was saying, ‘Hell, you’re spending a lot of time at the bank. I don’t believe we’ve got that kind of money,” she states. 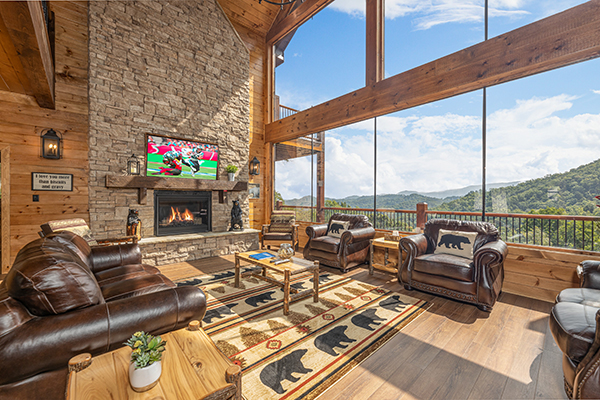 Now that you’ve learned all about our the most famous resident in Sevier County, it’s time to book a trip to visit the mountains she calls home!  Looking to book a cabin near Dollywood?  American Patriot Getaways has you covered!  From cozy economy cabins for two to large luxury plus cabins for the whole extended family, there’s something for everyone here!

Dollywood opens in the spring each and every year.  The Festival of Nations always brings tasty food and colorful cultural experiences.  Check out why it’s worth a visit in our blog post.

Be sure to check out all our vacation guides for help planning your Pigeon Forge vacation.  Follow us on Facebook and Instagram to keep up with all the latest area information!