There’s the show – with feats of speed, agility and strength – and there’s personal adventure – participants can repeat some of what they see at the show in the lumberjack-themed adventure park. All this in Pigeon Forge.

The hour and a half show is comprised of competitive lumberjack events and champion lumberjacks. Watch in awe as strong, authentic lumberjacks speed to the top of huge trees, chop through wood at record speeds, stand and roll on logs in the water and much more.

The Jacks – as they are called – are made up of world-class athletes. 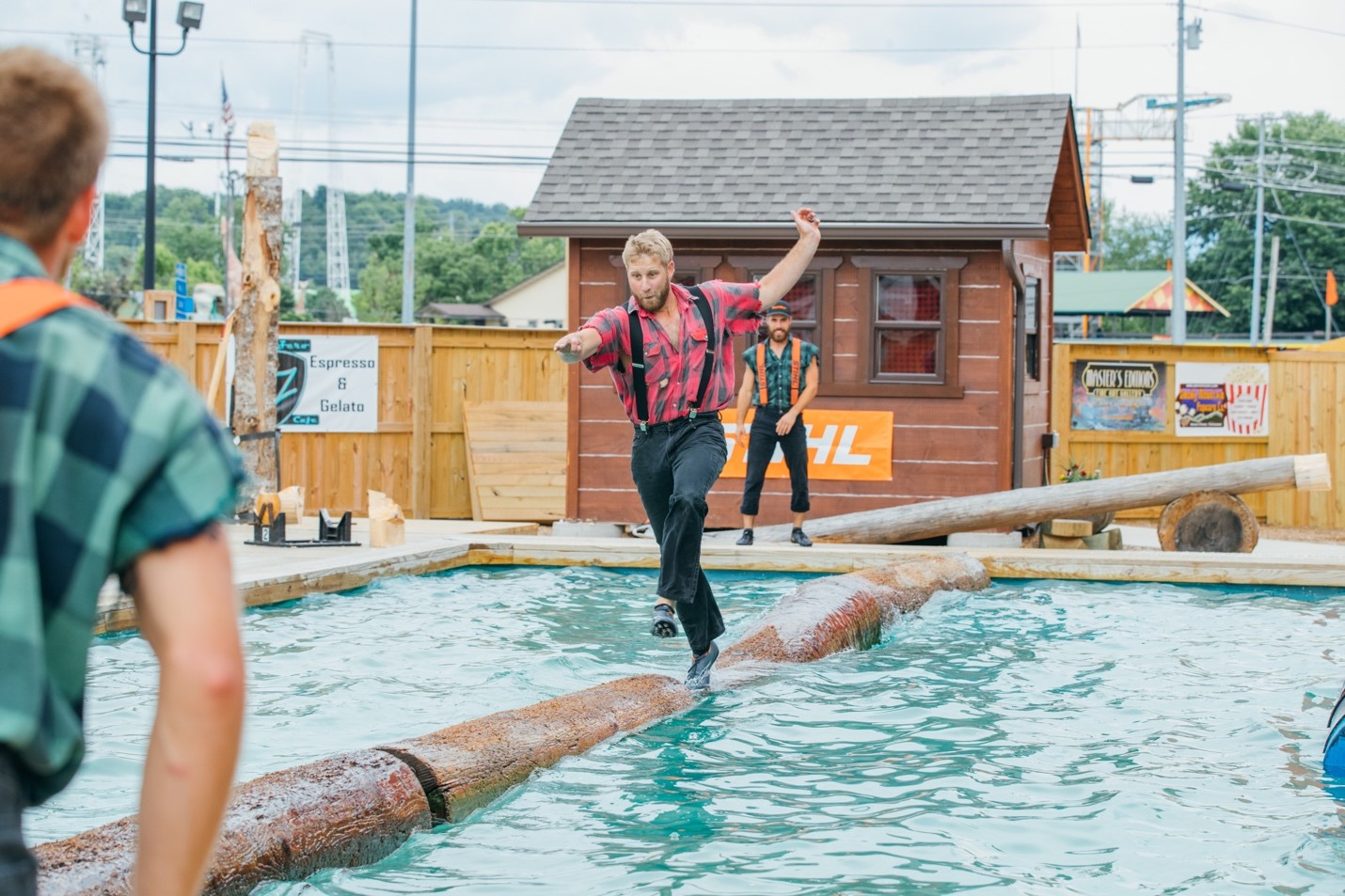 There’s Caleb Graves of Hayward, Wisconsin – home of the Lumberjack World Championships. Graves is the 2019 world speed climbing champion for 60 feet and 90 feet. Derek Knutson also is from Hayward; he is a 3-time Ironjack champion. Andrew Jensen of Fredrick, Wisconsin, was the 2016 semi-pro underhand champion. Matt Slingerland of Charlotte, North Carolina, is a 3-time Team USA member and 5-time SAWA champion. Adam Lethco of Maryville, Tennessee, was the 2017 US Title Springboard Champion. Charlie Fenton of Waupaca, Wisconsin, is a 4-time Boom Running champion and 3-time relay team world champion.

Whatever you call them – men or women – visitors will be impressed with their strength and agility. Lumberjack competitions are the real deal.

At Paula Dean’s show, lumberjacks compete in 11 events including some of our favorites:

Competitors sprint atop a “boom,” which is a series of linked, floating logs – from one dock to another and back, as logs begin to spin out of control. Obviously, competitors could get wet here.

Lumberjacks run atop spinning, floating logs in an attempt to topple their opponent. Difficulty increases as the logs get smaller. Oh boy!  Check out some of these fun videos with champion log rollers:

Lumberjacks go head to head in the breathtaking speed pole climb as they scale a 60′ or 90′ pole and then make it back to earth in record time – in a controlled fall. It’s a spectacular and fast competition to behold.

This activity seems the most complicated! Competitors use “springboards” to ascend the poll – usually 9-feet tall – and then chop a block firmly attached to the top. They have the springboards at the ready and must chop into the poll a slot for the springboard to fit and then climb on top of the board to repeat the process to continue climbing. At the top, they must chop through the block.

Time begins when the axe hits the wood and customarily ends when the block is severed or when it hits the ground.

Two people work one large saw together to cut a disk from a large log – quickly. That’s the short version.

There are many rules including the saw that is used. Competitors use a Double Buck Saw, known colloquially as the misery whip, which is a saw designed for two.

Paula Deen’s Lumberjack Feud happens rain, snow or shine – all year long. The outdoor grandstand is climate controlled. The Jacks are tough enough to handle any weather, but visitors get to watch in comfort. 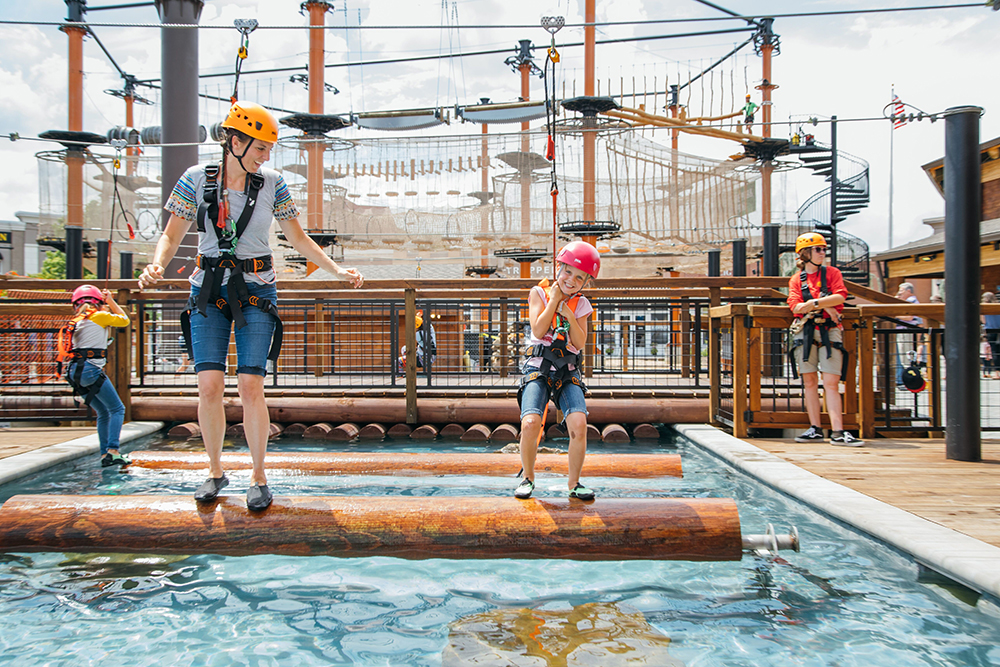 During intermission, special kids events take place and the Lumberjacks also bring up children to be part of the show.

Kids may help with the double buck or learn how to log roll or get a lesson on the axe that is used.

Lumberjack-Themed Adventure Park
After the show, kids of all ages can play in the Lumberjack-themed Adventure Park – channeling their inner flannel! Speaking of flannel – traditional lumberjacking attire – did you know the warming material is thought to trace back to the 16th century in Wales? Read more History of flannel here and at Outside magazine. 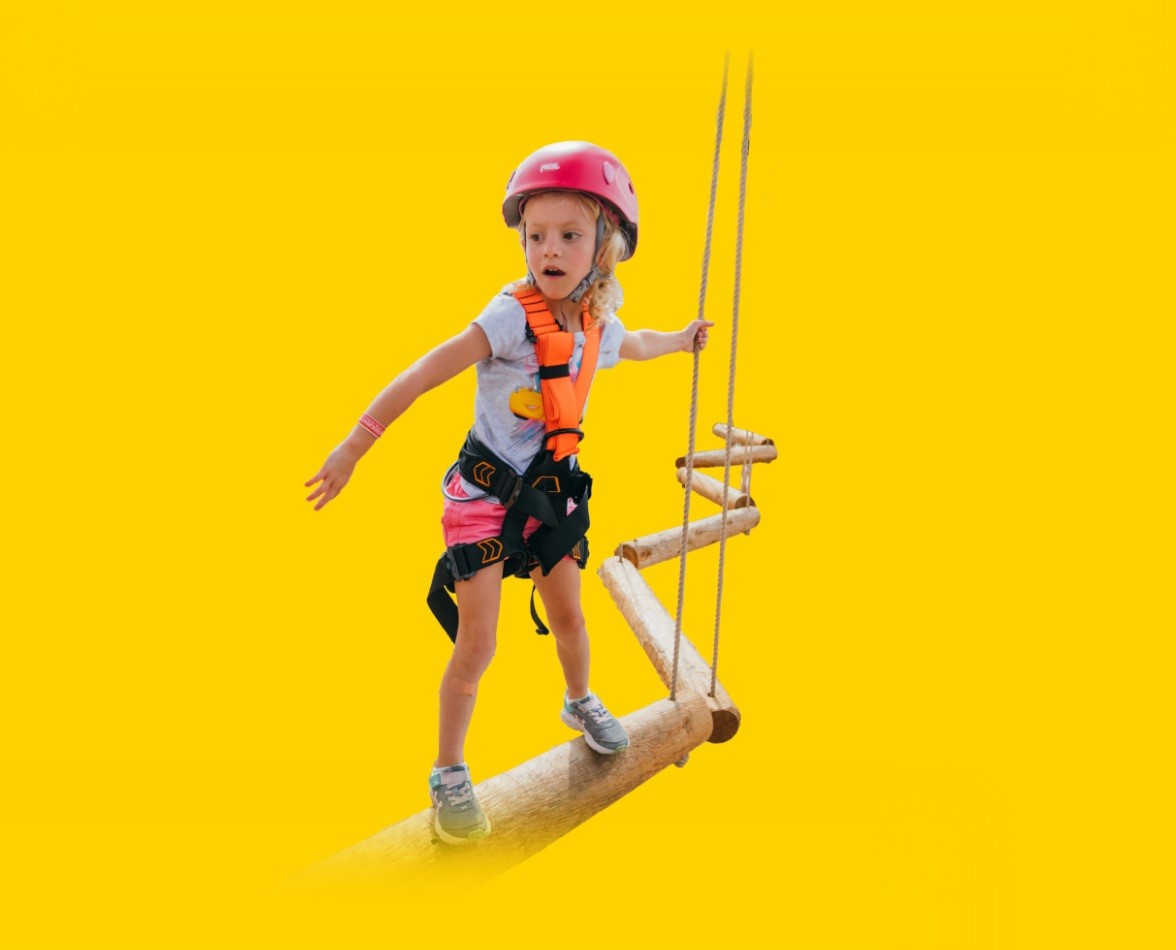 First-of-its-kind zipline experience – a mixture of roller coaster and zipline that takes visitors on a thrilling ride around Lumberjack Square. Perhaps the name is a nod to the famous and giant fictional lumberjack Paul Bunyan and his famous blue ox – Babe.

Compete in your own lumberjack events featuring the Boom Run, Log Roll, and the Speed Climb. (No one is getting wet here though – participants are harnessed in and can’t fall into the pool.)

A lumberjack-themed adventure park full of obstacles for ages 5 and up. On the top-level you are safely conected to the course at all times, while the middle level is completely netted.

Jump from the 80 ft towers on 4 controlled jump elements that will make your stomach drop. That’s my kind of fun! How about you?

In Tennessee, a large part of the state’s side of the Great Smoky Mountains National Park – before it was the national park- was owned by the Little River Lumber Company, according to Tennessee History for Kids.

Between 1901 and 1939, the company cut down hundreds of thousands of trees in the Smokies and employed many people in the mountains. The lumber was sold to build houses and furniture. W.B. Townsend and partners started the Little River Lumber Company. Locals were so excited about it, they named a town after him – that’s nearby Townsend – a beautiful and unique place to explore. Townsend is included in our blog 10-Best Smoky Mountain Towns You Need to Visit.

Many employees lived with their families in communities owns by the lumber company – in Elkmont and Tremont. The company also built a hotel – the Wonderland Hotel, which remained at Elkmont until the 1990s. Today Elkmont is the largest campground in the Great Smoky Mountains National Park. Tremont currently is used as an educational institute, where thousands of students from across the country visit for overnight retreats.

Most of the trees were cut down by two men called sawyers working together, with a hand saw – like you’ll see in the Double Buck challenge at the Paula Deen Lumberjack Show. 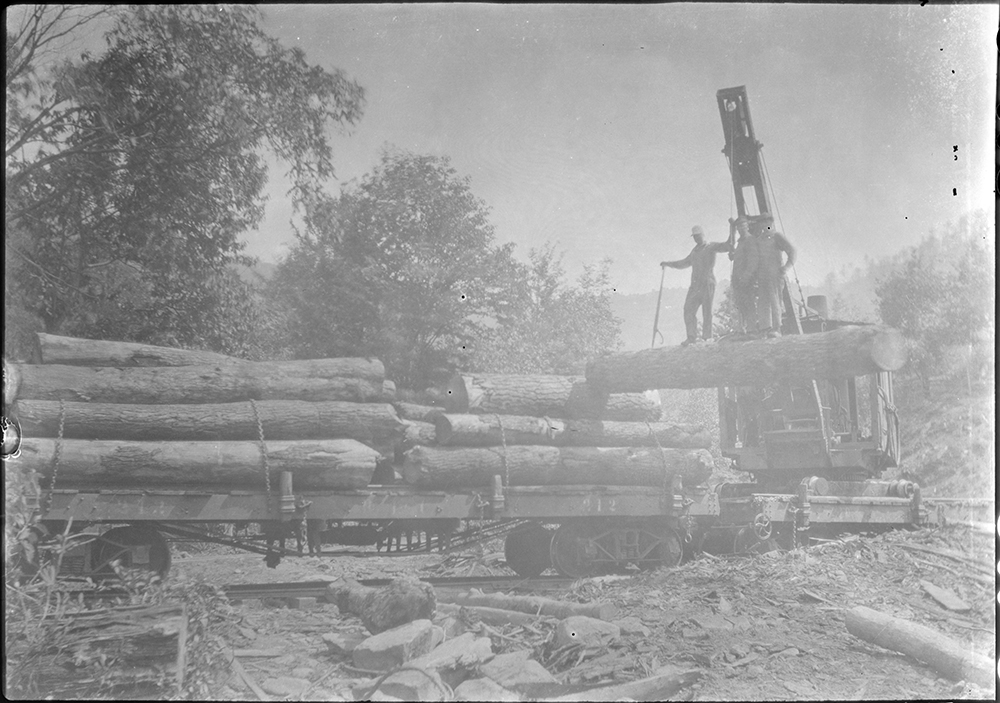 The Little River Lumber Company clear cut almost all the land drained by the Little River, which is most of the Tennessee side of the Great Smoky Mountains. W.B. Townsend’s company laid 150 miles of train track; cleared about 75,000 acres of land and cut 560 million board feet of lumber.

In 1924, Townsend agreed to sell his 75,000 acres in the Great Smoky Mountains to the state of Tennessee as part of the process under which the national park was formed. As part of that deal, the company reserved the right to log a portion of it for more 15 years.

There’s a museum in Townsend dedicated to preserving the history of the Little River Railroad and Lumber Company.

You could make your trip to the Smokies a lumberjack retreat – with Paula Deen’s Lumberjack Feud, the Adventure Park and a trip to the towns that served the area’s lumberjack and the museum!

When planning your adventure, make sure to include lunch or snacks. You can bring your own food into the grandstand at the Lumberjack Feud. No other show allows for outside food in Pigeon Forge. Stop by Smoky Mountain Brewery, Five Guys, or Calhoun’s to grab some dinner to eat while you watch the show. Discounted dinner options at Lumberjack Square also can be added with ticket purchases.

If you’re planning on heading over to The Island, you should eat at Paula Deen’s Family Kitchen for delicious southern food. And if you do stop by Paula Deen’s Kitchen, be sure to try her biscuits – one of the most requested recipes. Paula Deen, famous for her butter-abundant recipes, cooking show and her famous chef sons, is originally from Alabany, Georgia. Read more about Paula here.

Ready to Book your trip and a stay in a beautiful cabin in those Great Smoky Mountains and their amazing history? Give American Patriot Getaways a call at 800-204-5169.

Let our experts help you find the right cabin and help plan all the fun, food and entertainment for a vacation that will please everyone.

You can search cabins by size and amenities, in Pigeon Forge or Gatlinburg. See our Pinterest board Cabins near the Parkway. For more adventures, go to our Smoky Mountain Travel Guide.

One last thing, it would be wrong not to include Monty Python in a story about lumberjacks. Enjoy!