It’s time to settle in for Some Creepy Smoky Mountain Ghost Stories. It’s campfire season and that means smores and ghost stories! We have a few to curl your toes and keep you company while you’re in the Great Smoky Mountains in a cozy and safe cabin. Or if you feel adventurous, go check out the haunted spots yourself!

Along, the narrow, winding, Roaring Fork Motor Nature Trail are rushing mountain streams, glimpses of old-growth forest, and a number of well-preserved log cabins, grist mills, and other historic buildings. Visitors might also see Lucy looking for a ride.

According to the story, Lucy lived with her family in a cabin along the Roaring Fork River in the 1990s. She died one night when the cabin caught on fire and burned down. When she died, a man named Foster discovered Lucy’s body on a very cold night in the middle of winter. It is said that this man had seen that she didn’t have any shoes and offered her a ride on the back of his horse. He would take her home. However, this man couldn’t stop thinking about her. He later stopped by the house to see if he could marry the young girl. The parents told him that Lucy had died many years ago. He realized she had died before he had offered her a ride home.

It is said that Lucy has been seen wandering near or on the trail. You can visit, Lucy’s home – if you dare.

The cabin where Lucy lived is said to have another ghost woman there. Rooms are still for rent in the 200-year-old cabin. One family staying in the cabin went out for some food because the kitchen was messy, and the table was covered the items. The couple came home and went to bed. When they awoke the next morning, they found that the table was set and complete with everything they needed including napkins, plates, and utensils.

Our Smoky Mountain Ghost Stories continue with Elkmont Ghost Town which is about 8 miles. Take US-411 from Gatlinburg to the Sugarlands Visitor Center. Then drive toward Cades Cove for about 7 miles until you see the sign for Elkmont Campground. 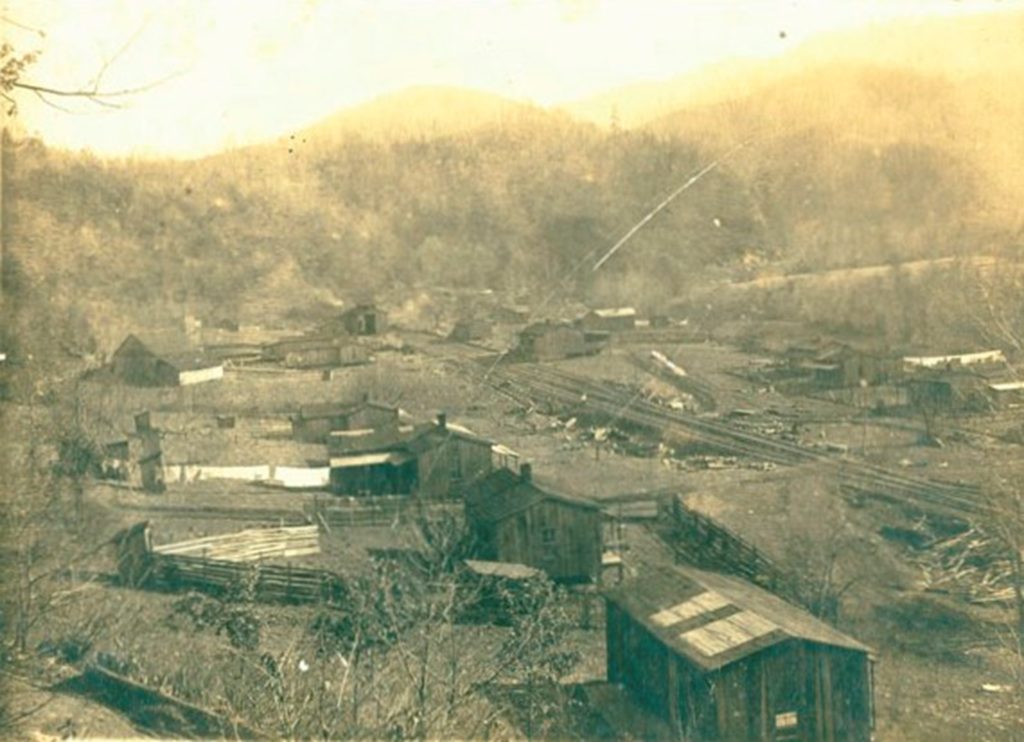 A trip to Elkmont is sure to be filled with mystery and storytelling. Once a settlers’ village, then a logging community, its lively existence came to an end as a wealthy visitors’ country club community that Smoky Mountains National Park let fade into its current dilapidated state.

Today only eighteen of the 70 buildings are to be preserved by the National Park Service. The Appalachian Clubhouse and Spence Cabin were rehabilitated in 2010 for day use. Park crews also completed preservation work on four additional cabins in 2017. These four cabins are now open to the public to walk through and view.

While the remaining cabins are closed to the public until preservation work can be completed, visitors can explore the Elkmont area on foot. Hiking the Jakes Creek and Little River trails leads visitors past the stone walls and chimneys that mark the former locations of the other resort cabins that once stood in Elkmont and were allowed to deteriorate.

Perhaps you will see some of Elkmont’s former residents roaming around.

Just 15 minutes from Gatlinburg, Elkmont offers hiking and exploring opportunities. There are trails, a cemetery, dilapidated buildings to admire from outside and refurbished buildings that can be explored and even rented for special occasions.

Lydia The Ghost of The Greenbrier

Next up on our list of Smoky Mountain ghost stories is the story of Lydia. Originally the Greenbrier Lodge, the log inn catered to wealthy hunters and tourists. The lodge was renamed and reopened as the Greenbrier Restaurant in 1980. It is said that a young woman named Lydia haunts the building, even now.

The story is that Lydia stayed at the inn on the eve of her wedding. The next day, she dressed in her white wedding dress and headed into town to marry. When her fiancée failed to show at the church Lydia returned to the lodge heart-stricken. Still in her dress, Lydia hung herself from the rafters over the second-floor landing. One version of the story is that Lydia’s fiancée was later found dead after being mauled by a wild mountain cat. 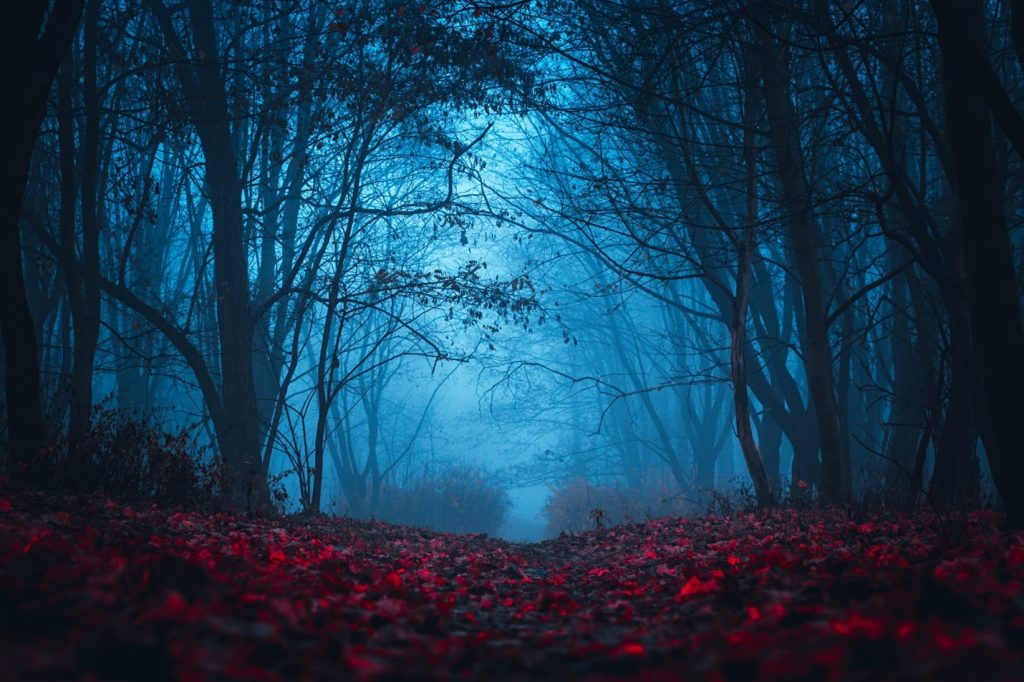 It’s said that Lydia, still broken-hearted, ­ roams the Greenbrier Restaurant frightening staff and guests, causing trouble when she knocks food off the shelves of the restaurant’s pantry. The owners, according to southernspiritguide.org, have observed a figure pass a doorway after closing time. “Some years ago, the young son of the owners did see a woman who vanished when he called his father’s attention to it. In 2007 the Greenbrier’s owners allowed the members of the East Tennessee Paranormal Research Society investigate the restaurant. The investigation did capture some photographic anomalies, though the best evidence was an EVP. In it a female investigator addressed the spirit, ‘God bless you, Lydia, I’d be happy to hear from you if you’d like to speak to me.’ A moment later a female voice cheekily responded, ‘Then I’m not dead.’

This one on our list of Smoky Mountain ghost stories is about Mavis Estep who was married to Basil long before the establishment of the Great Smoky Mountains National Park. They called Cades Cove home and they and their children lived in a two-room cabin along the Whistling Branch stream.

Mavis was terrified of being struck by lighting and thought for sure that would be the way she would die. She had been born during a thunderstorm and thought she was fated to be killed by a lightning bolt. She never stayed out in the rain and banished metal beds from the family’s home. This was not to be the case.

Mavis made many quilts and her favorite was a patchwork made with pieces of one of Basil’s shirts, which was a red flannel. Mavis called it the “Cussing Cover” because Basil had been wearing the red flannel during their first marital spat. According to local legend, that spat included some colorful language.

Mavis fell ill and when it was apparent that she didn’t have much time left, she gave Basil some instructions. First, she gave him permission to remarry but made him promise that he would never sell any of her quilts and that he never place any of her quilts upon a metal bed. Basil agreed.

Less than a year after Mavis’s death, Basil took a new wife, Trulie Jane Lawson, who also lived in Cades Cove and was much younger. Trulie Jane found that Mavis’s old wooden bed simply wasn’t big enough for her. She persuaded Basil to buy them a metal bed. Now, you know Mavis didn’t like that!

One evening, when the weather was particularly cold, Trulie Jane asked Basil if they could use one of Mavis’s quilts to stay warm. Basil allowed Trulie to bring a quilt onto the metal bed. Trulie chose the Cussing Cover.

In the middle of the night, Trulie Jane awoke to a startling sight: Mavis standing at the foot of her bed. The specter locked eyes with Trulie and started screaming and cussing up a storm. Trulie woke up her husband in a panic, but when Basil was roused from his sleep, Mavis had vanished. Despite Trulie’s protests, Basil assured his wife that it must have been a nightmare, and they both returned to sleep.

A few hours later, a flash of light burst into the Estep home and knocked Trulie Jane right out of bed. When the smoke cleared, she found Basil, lying on the floor, burnt to a crisp, where the metal bed had once stood. The rest of the cabin remained untouched, and the Cussing Cover was in pristine condition. There hadn’t been any thunderstorms in Cades Cove that night, just the stray bolt of lightning that ended Basil Estep’s life.

After Basil’s death, Trulie Jane didn’t want anything to do with Mavis’s quilts. She gave them to one of the Estep daughters, who in turn sold them to a collector. The Cussing Cover is still out there, possibly for sale in a shop around the Smokies. Make sure to ask the story about any quilt you buy.

In July of 1980 two teenage girls visiting from Kentucky were found dead at the Holiday Inn. The story goes that one girl was found in a stairwell leading to the roof while her friend was found a few hours later in her room lying on the floor next to the bed. The girls, friends from Crestwood, Kentucky, were taking a short vacation to Gatlinburg before the start of their senior year of high school. After going out to a local lounge and steakhouse, The Rafters, the girls were seen leaving with a local drifter. He was arrested the following day and charged with strangling the teens. The girls were in or near room 413, and that’s where paranormal activity – including odd noises within the room – center.

The hotel is permanently closed. 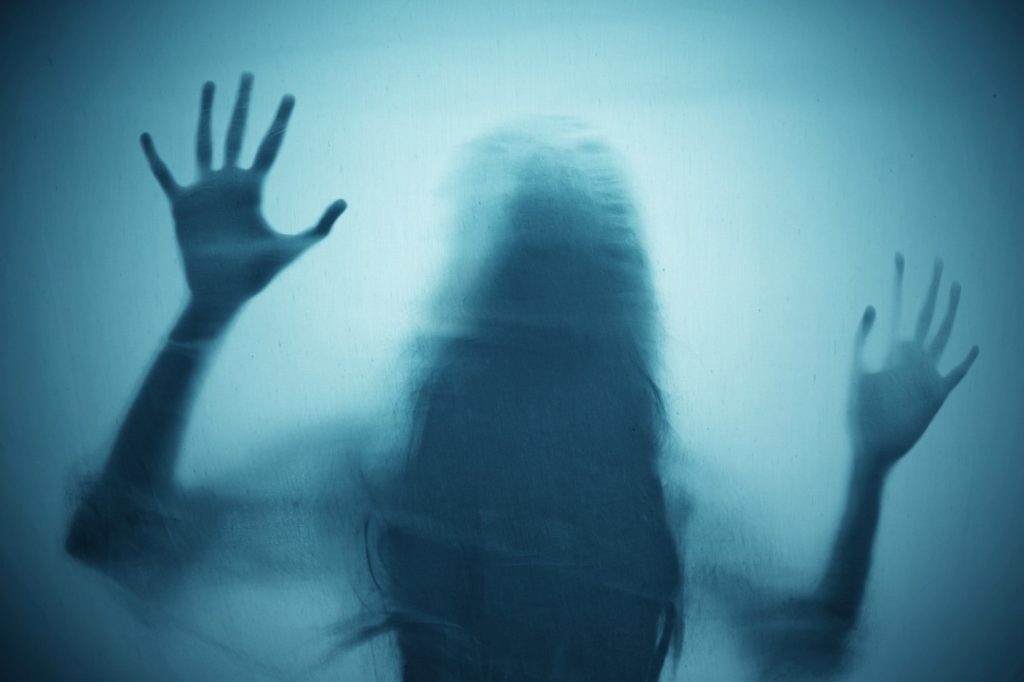 Another haunting at the hotel is said to be the spirit of a man named Alvin. Supposedly the spirit of a longtime employee, he has been reported in the kitchen and seems to cause some poltergeist-type activity with kitchen utensils flying through the air.

Another more spectacular ghost story has been told about the hotel’s seventh floor. This is where a scout leader murdered members of his troop.

The Holiday Inn was later renamed the Garden Plaza Hotel (formerly 520 Historic Nature Trail) and operated until it was demolished. The hotel has been replaced with a Hampton Inn It’s unknown if any of the spirits have remained here. 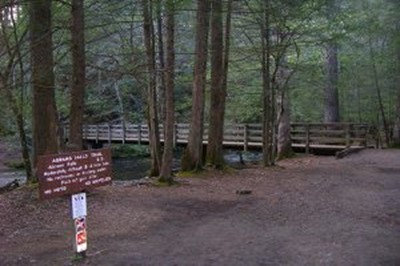 We love Cades Cove any time of year, but it also is the most well-known location of haunted places in the Smoky Mountains. With its abandoned cabins, churches, and cemeteries, Cades Cove makes for an eerie scene as dusk approaches.

There are a few Cades Cove ghost stories that have been told for decades. One is the tale of “The Cussing Cover,” which can be found in The Granny Curse and Other Ghosts and Legends from East Tennessee, a 1999 book by Janet Barnett and Randy Russell.

Check out the Gatlinburg Ghost Tours –  and https://ghostandhaunt.com/

Ready to take a trip through the Smoky Mountain ghost stories in person? 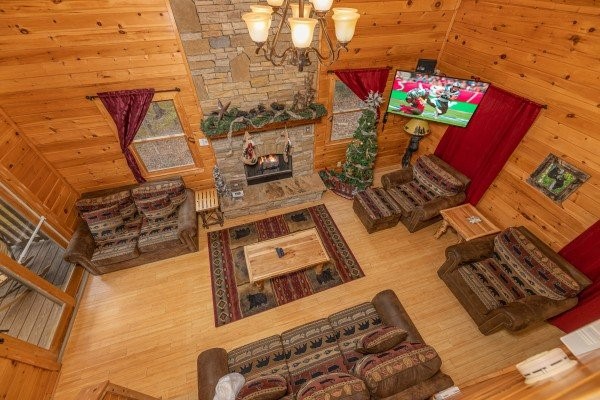 We have cabins in beautiful Wears Valley – about 9 miles from Elkmont – and also near Gatlinburg and Pigeon Forge if you prefer to stay closer to attractions, shows and shopping.

Give American Patriot Getaways a call at 800-204-5169. Let our experts help you find the right cabin and all the right fun, food and entertainment.

Check out our Travel Guide for everything to do and many of our cabins.

Are you searching for your next "Go-To" family va

You'll have to come see for yourself:

So many activities, So little time #elkhornlodge

Here's one way to get the American Dream!

Eat, Drink, and be Thankful

When was the last time you enjoyed Thanksgiving di

There's just something about The Smoky Mountains t